Terryanne Chebet: Hope for getting married,

This is what Terryanne Chebet had to say concerning getting married.

“I wanna settle down. I want to fall in love – madly, stupidly – someday… soon… It’s easy to give up on love while on the other side of 35…. But I am hopeful– even as I enjoy my space. I want to come back home to a great man, and make a nice meal for him. And, by the way, I am not settling for ordinary love. It has to be a man who really loves me, who thinks about me when he opens his eyes in the morning – I still believe in fairy tales – And I believe the B 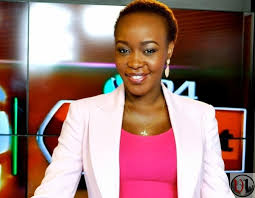 ible doesn’t express love any less. That it is honest, with overflowing kindness…. I am looking forward to a SMART guy…. I am turned on by good conversations –books, finances, world economics, humor… He has to be a man of God.”” Terryanne Chebet has since kept silent about her baby daddy after they allegedly broke up . Terryanne is also said to be dating a prominent personality although she hasn’t officially confirmed this.

Ever wondered who is the special guy that makes sultry Citizen TV anchor, Terryanne Chebet, giggle? Well, don’t stress yourself no more, she has already paraded him.

During a trend on the social media where users shared pictures of people that they find attractive/ they have crush on, Terryanne shared photos of her crush who happened to be Daymond John. He is an American entrepreneur, investor, television personality, author and motivational speaker.

Daymond is also the founder and CEO of FUBU, that means his pocket is also heavy. Heard ladies love sophisticated brothers! Most of you probably know him from Shark Tank, a television reality that airs on NTV.

Daymond is the guy that make Terryanne tick. Apparently she has been having a crush on the dude for a long time.

See what she wrote below:

Thought my crush on this man was over until I caught #Sharktank again…sigh. #DaymondJohn

After Citizen TV anchor, Terryanne Chebet, opened her heart and declared she had undying crush on an American billionaire, this dream came true.

Probably she was imagining how impossible it would be for her to fly all the way to America to meet her crush.

But as fate would have it, it was her billionaire crush who boarded the plane to come meet her, not in that sense though.

FUBU CEO, Daymond John, was among the many investors that accompanied President Obama to Kenya for Global Entrepreneurship Summit 2015. 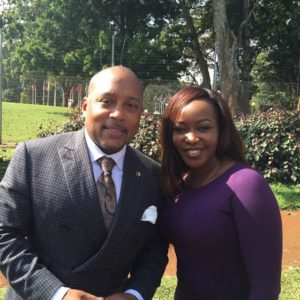 Since both Daymond and Terryanne Chebet were both in Gigiri, their paths crossed somehow and pap! Terryanne Chebet met her crush and her dream came true just like that! A miracle or just destiny?

The company has been on a cost-cutting mission and Terryanne Chebet is among the employees who have been affected by the layoff of staff. Its believed that her high salary is one of the reasons why she was sacked as the company was unable to sustain it due to the various developments within the broadcasting  industry.