Popular Swahili anchor, mwanaisha chidzuga, has denied claims that she is married to former Garsen MP, Danson Mungatana, as a second wife.

Apparently, mwanaisha chidzuga is rumoured to have sired two chidren with the former MP but she took to social media and denied these claims after Former Miss Kenya, Cecilia Mwangi, who disclosed that she divorced Mungatana last year, alleged that the popular anchor was her co-wife.

“Kindly note that I Mwanaisha Chidzuga was never a Co wife 2 one Cecilia Mwangi please stop dragging my name and that of my family into these madness.” She tweeted.

Last week, Cecilia Mwangi revealed that she divorced the former Legislator and was raising their daughter alone.

Mungatana is alleged to be broke and some people claim that this might be the reason his former lovers are dumping him like garbage. 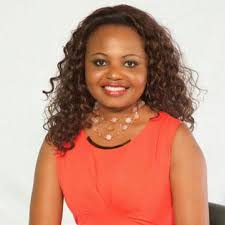 Sometime back, Bungoma Senator, Moses Wetangula, sued Mungatana after he refused to pay back a loan of Ksh 12 million.