Njogu Wa Njoroge is arguably the most influencial vernacular presenter in kenya. He marked 15 years in the radio industry with a ceremony at Kasarani stadium. Radio Africa poached Njogu wa Njoroge  from Kameme FM which is owned by President Uhuru Kenyatta and this has seen the station suffer a massive blow.

Kameme FM’s mid morning host, Njoki wa Mburu, has also exited the station where she had worked since 2004. Njoki wa Mburu will be presenting the same show in Gukena Fm which is owned by Radio Africa.

She will also head the new Kikuyu station Gukena FM which will be launched this month. In addition, she will be tasked with coming up with new and exciting programs that will attract listeners from Kikuyu community. 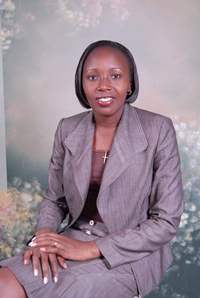