Zainabu Zeddy is among the few talented female comedians on Churchill Show who joined the show after teacher Wanjiku left.

Zainabu Zeddy was born in Majengo, Nairobi, then shortly lived in Olkalou before her family moved back to the city in Majengo.

Zainabu Zeddy realized at a very tender age while at Githunguri Primary School that she could make people laugh. She realized that during break time when she was hanging out with friends, they laughed at almost every sentence she spoke.

Before joining Churchill show, Zainabu Zeddy worked for EPZ for five years and it was while there that her colleagues pressured her to audition for the show.

Zeddy attended the show as part of the audience two times and during the third time she felt that she had what it takes and so she quit her job and auditioned.

While the director was convinced after auditioning, Zeddy had to learn the hard way the difference between making friends at home laugh and comedy. 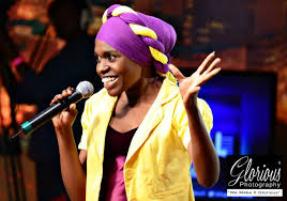 For four months, she never got a chance to perform at the show despite attending all practice sessions. Her break through came when she volunteered during a segment of the show that doesn’t air on TV that happens in between Churchill Raw and the main show, where anyone in the audience who thinks he or she is funny is invited to perform and then the winners are awarded.

Zainabu Zeddy was the only lady against three guys and was declared the winner. Three weeks later,she got her first show on churchill show.

Zainabu Zeddy is not yet married.