Larry  Madowo is a Kenyan journalist and news anchor and currently works for Kenya’s NTV as Anchor and Technology Editor.

Larry was born on 14 July 1987. He grew up in various parts of Kenya including Siaya, Kisumu and Nairobi.

Larry went to St Gabriel’s Seminary School in Kisumu and here he developed an ambition to become a Catholic priest although by the time he finished high school this had changed.

At college, he had to choose between studying to become a lawyer, journalist or get into technology. He settled for journalism.

In 2006, Larry enrolled for a communications degree at Daystar University in Nairobi. 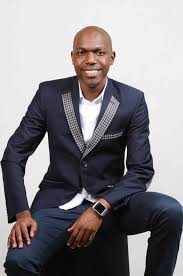 Larry has previously worked for other major networks including Kenya Television Network and CNBC Africa. He started hosting an eponymous radio show on Nation FM from August 2014 titled The Larry Madowo Show. He also writes a column in the Daily Nation every Tuesday titled #FrontRow. He  also hosts a popular Friday night show called #theTrend on NTV.

In 2007, Larry interned for a vernacular radio station Bahasha FM reading news in English. Larry eventually dropped out of college a year and a half down his degree to take up a job at Kenya Television Network, Africa’s oldest private television network.

He became one of the household names in Kenya and after 3 years, he left KTN for NTV, where was the business news editor. In May 2012, he
joined the South African based CNBC Africa as one of the main anchors and pioneered the show “Eye on Kenya” which airs on prime time.

His stay at CNBC Africa only lasted a few months and in December 2012, he went back to NTV as the technology editor and news anchor.

Larry later returned to college and graduated with a Bachelor of Arts in Communication degree from Daystar University.

Larry Madowo is not married.

The beautiful lady who caused a buzz on the internet after making a marriage proposal to Larry Madowo. 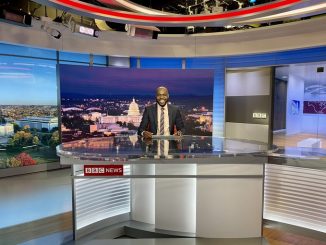 Larry Madowo Inspires Many, as He Anchors News on BBC World for the First Time.